With this year’s European tour event at Valderrama (Andalucia Valderrama Masters – 26/30 June 2019) just around the corner it got me reminiscing about our visit to the tournament
last year.

Real Valderrama Golf is world renowned as one of the most difficult courses in the world, in 2016 Andrew “Beef” Johnston won the tournament with a score of +1 total and the field as a whole averaged 75.6 for the week. It was the highest of any event that year including all the Majors!

The host Sergio Garcia lifted the trophy again last year, which was his seventh title in his homeland and his third at Valderrama. Shooting a very impressive 12 under par! (68 average).

The rain that almost forced the event to be reduced to 54 holes rather than the regular 72 took the “sting” out and softened up the course just enough for the players to be a bit more aggressive and make more birdies!

It was a tough week for many of the players as it is the last chance for some to retain their playing privileges for the following season. A friend of the Jason Floyd Golf Academy, Gonzalo Fernandez-Castaño, finished T5th at -4 to move into the top 116 on the Race to Dubai and keep his card for the following year! Well done Gonzalo!

On Tuesday the students were lucky enough to visit the Titleist Tour Truck, they were like kids in a candy shop!

The highlights for them were the Custom Scotty Cameron Circle T putters. This one belonged to Lee Slattery. MINT!

They were able to see Titleist staff working on and building the TITLEIST Ambassadors players clubs! What an experience that was! 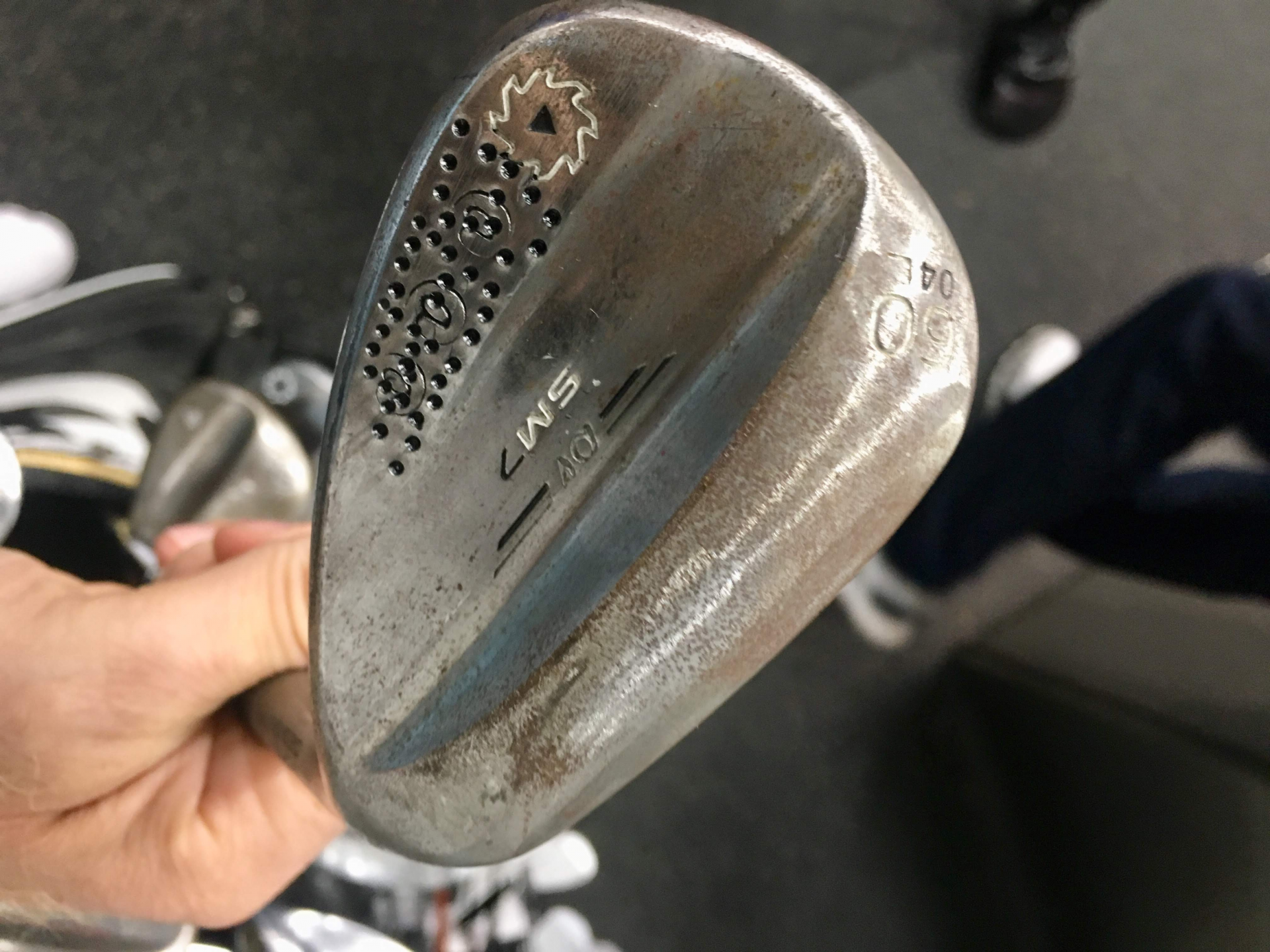 One of them even came in and joined us! Can you recognise him in the photo? I think the beard gives it away! 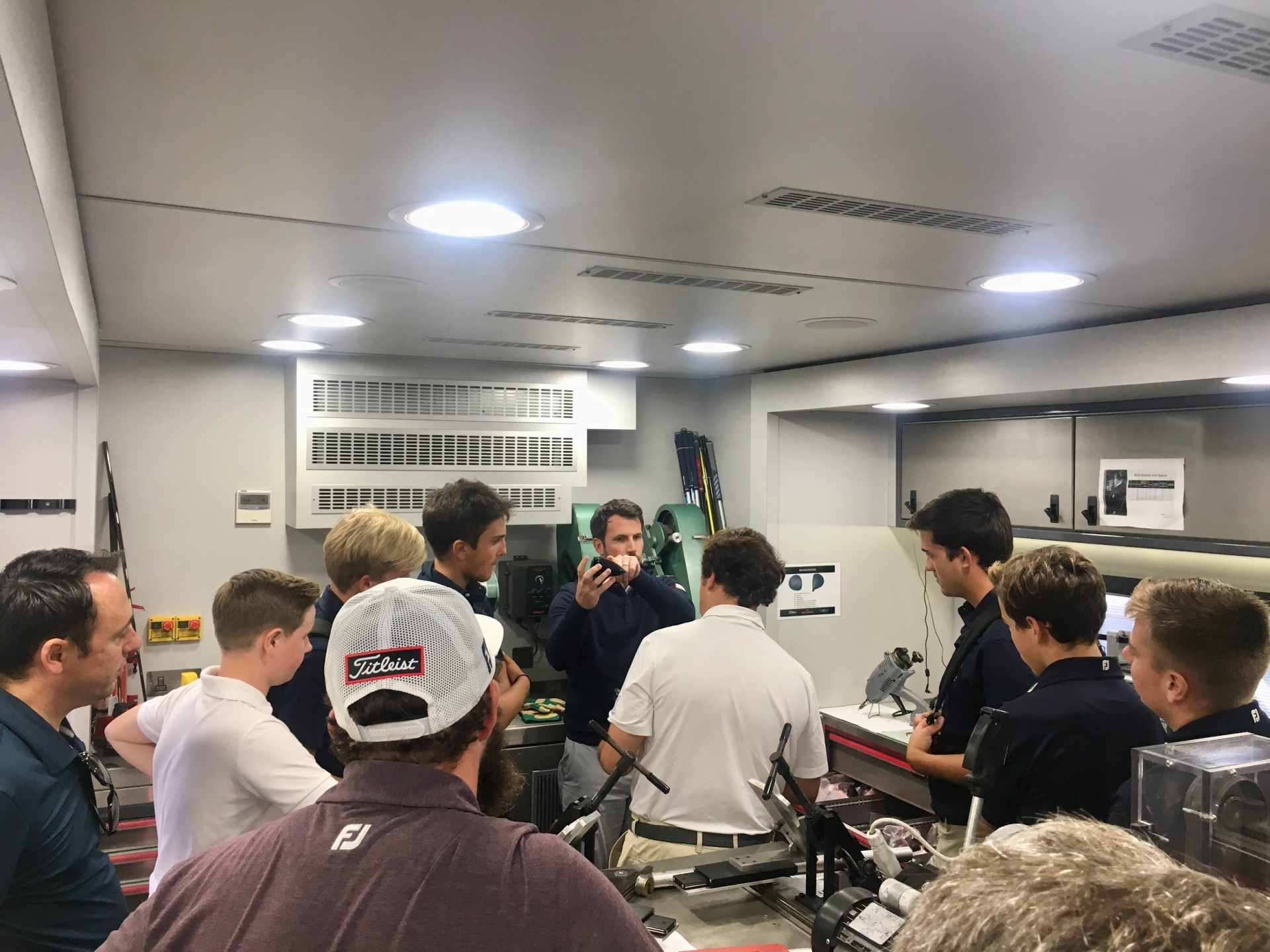 Andrew “BEEF” Johnston! He was kind enough to answer a barrage of questions for our excited students and they were even able to attend the clinic he held at the neighboring La Reserva Club. “BEEF” put on a ball striking master class and the students came away with some key learning points that they put into play immediately! “BEEF” is a great guy and a true ambassador for the game!

We are looking forward to visiting both a practice round and tournament day again this year to give the student a better understanding of what it takes to become a full time TOURING PROFESSIONAL!

FacebookTwitterLinkedInEmail
Page load link
We use cookies on our website to give you the most relevant experience by remembering your preferences and repeat visits. By clicking “Accept All”, you consent to the use of ALL the cookies. However, you may visit "Cookie Settings" to provide a controlled consent.
Cookie SettingsAccept All
Manage consent

This website uses cookies to improve your experience while you navigate through the website. Out of these, the cookies that are categorized as necessary are stored on your browser as they are essential for the working of basic functionalities of the website. We also use third-party cookies that help us analyze and understand how you use this website. These cookies will be stored in your browser only with your consent. You also have the option to opt-out of these cookies. But opting out of some of these cookies may affect your browsing experience.
Necessary Always Enabled
Necessary cookies are absolutely essential for the website to function properly. These cookies ensure basic functionalities and security features of the website, anonymously.
Functional
Functional cookies help to perform certain functionalities like sharing the content of the website on social media platforms, collect feedbacks, and other third-party features.
Performance
Performance cookies are used to understand and analyze the key performance indexes of the website which helps in delivering a better user experience for the visitors.
Analytics
Analytical cookies are used to understand how visitors interact with the website. These cookies help provide information on metrics the number of visitors, bounce rate, traffic source, etc.
Advertisement
Advertisement cookies are used to provide visitors with relevant ads and marketing campaigns. These cookies track visitors across websites and collect information to provide customized ads.
Others
Other uncategorized cookies are those that are being analyzed and have not been classified into a category as yet.
SAVE & ACCEPT
Powered by